This story first appeared on Open Journal on August 1, 2016. Images by Mick Ross.

Anyone who has paid a visit to Wendy Whiteley’s Secret Garden in the North Sydney suburb of Lavender Bay will tell you it’s a magical place. A leafy, green sanctuary that offers a special kind of respite from the busy pulse of city life transpiring around it. A place where hours are easily lost walking the paths that trace the stunning garden or sitting at one of the sweet benches perfectly placed to read, reflect or watch the world go by.

Wendy Whiteley – artist, muse and wife of the late Australian artist Brett Whiteley – started work on the garden soon after his death in 1992. The garden can be seen from her home, which she once shared with Brett and their daughter Arkie (who sadly died in 2001 from cancer). Overlooking Sydney Harbour and nestled at the tip of Clark Park, the garden was a messy, derelict dumping ground of sorts; the land owned by the New South Wales Government.

Speaking to ABC’s Australian Story last year, Wendy described how she came to create what became known as her Secret Garden: “Where the garden is used to be just a big green lump of kind of lantana and morning glory. And you really couldn’t tell much about what was actually there: just this big mess. You had no idea of the depth of the place. The actual thing of it being like a walled garden wasn’t revealed until we started clearing out all the junk and the rubbish. I don’t think it was ever officially a rubbish dump but we found massive amounts of rusted metal and broken glass and rotting things in plastic bags: you know, just tons of it.”

She noted: “I don’t own the land and I never did. I never asked anyone for permission to do the garden. I knew it was railway land and I knew if I asked the Railways officially to do it they’d say, “No.” Because why say, “Yes?” Because why would this crazy person – maybe – she must have an ulterior motive. I just wanted to make it beautiful and welcoming, rather than being scary.”

It was a great relief for Wendy and the many people that have visited and love the Secret Garden when the NSW State Government – who had been avoiding committing to make the garden a public park – late last year agreed to sign a 30-year-renewable lease with the North Sydney Council allowing the garden to be preserved for all to enjoy it. 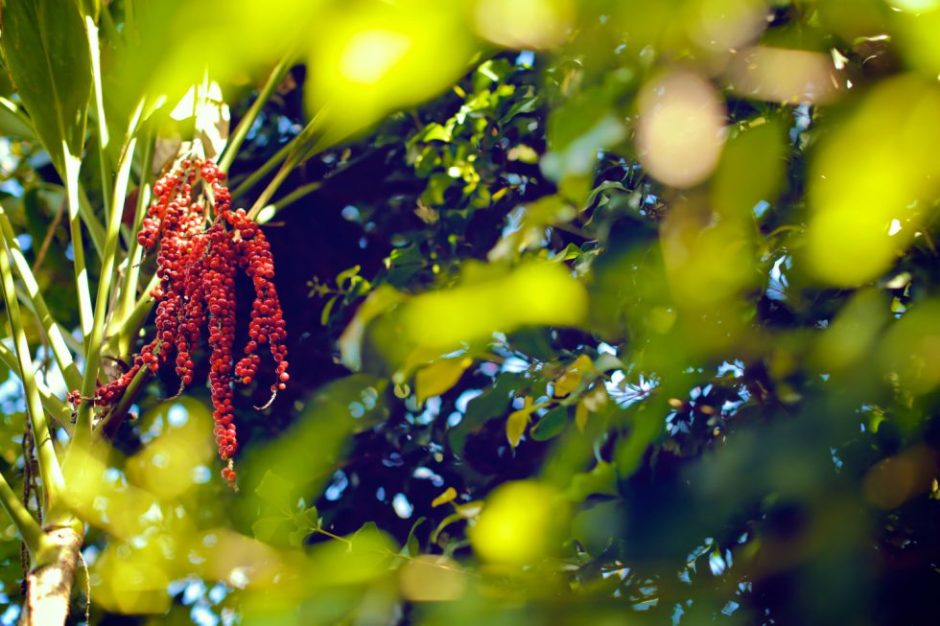 Wendy has cared for the garden for over twenty years now, spending endless time and money on its maintenance (including employing gardeners to help her with its upkeep). It’s a casually beautiful place dotted with shrubs, flowers, plants and trees of all types, sizes and colours, with pockets of shade and others of sunshine, and carefully created private corners and open spaces, with striking views across the harbour to the city. If you haven’t paid it a visit before, you really should.

In the introduction of the book Wendy Whiteley and the Secret Garden by Janet Hawley (Penguin, 2015), Wendy writes: “Over the years, the Secret Garden has grown larger and larger as we pushed further into the rubble, transforming it into a glorious place for all to share. This garden is a place that brings everybody great joy, fleeting moments of ecstasy and a renewed love of life.”