This story first appeared on Open Journal on November 13, 2014. Images by Mick Ross.

We visit what was once ‘the most talked about house in Sydney’ – the modernist home Harry Seidler designed for his parents back in 1948.

You wouldn’t know it was there, but for the occasional small sign directing visitors towards it. In the leafy, upper north shore suburb of Wahroonga, about 25 kilometres north of Sydney’s city centre, is Rose Seidler House. The modernist home designed by a young Harry Seidler – then aged 25 – for his parents, Rose and Max.

Built between 1948 and 1950 and credited with introducing modernism to Australia, Rose Seidler House is stark, white and cube-like, sitting among 16 acres of bushland overlooking Australia’s second-oldest national park, the heritage-listed Ku-ring-gai Chase.

The house was Seidler’s first formal architectural commission. An invitation from his mother, Rose, to design the family home but also a reason to reunite the Seidler family, who had migrated to Australia in 1946 via England and their home country of Austria prior. Harry was yet to join them, having been studying abroad at the Harvard School of Design, where he graduated in 1946.

Defying the norm of the time for homes to face the street, Rose Seidler House sits down away from the road. Large, glass windows feature throughout the house with most of the rooms overlooking the surrounding bushland. It’s a free-flowing space that consists of an upper level with three bedrooms, a bathroom, kitchen, outdoor terraces, and dining and entertainment areas; a ramp runs along its side, while a small downstairs area and garage sit beneath. 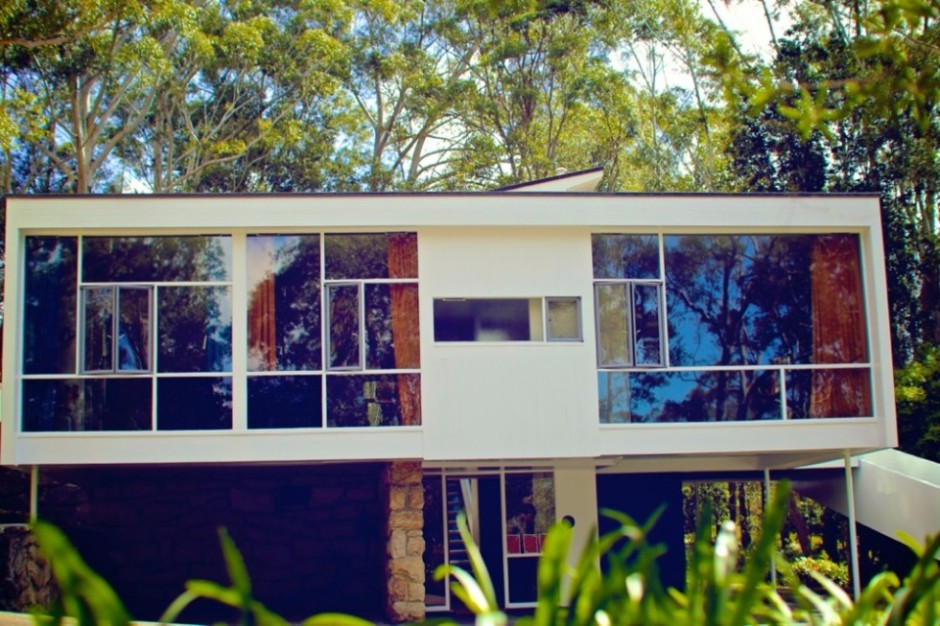 A striking and colourful mural beside the sun deck, designed and painted by Harry, adds a bright element to what is a predominantly neutral colour palette, dotted with pops of bright colour, like red, yellow and blue in fittings, furnishings and interiors.

Today, Rose Seidler House is managed and maintained by Sydney Living Museums, formerly the Historic Houses Trust of New South Wales, which manages 12 buildings and places of historic importance in the state.

The house has been reconstructed and restored to its 1950s glory, finished with original mid-century furniture, some purchased from the New York showrooms including Knoll International and Herman Miller, others designed by Harry to complement the house’s design.

Rose Seidler House is open to the public on Sundays and for select events, such as a recent fifties’ fair, as well as related tours, talks and exhibitions.

iThere are no comments